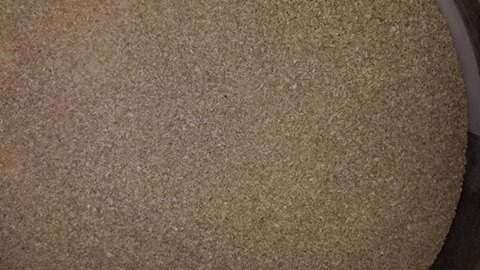 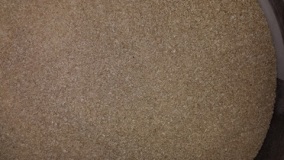 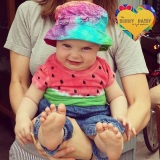 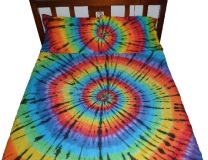 Sodium alginate is type of food grade, dried, ground kelp (seaweed) that is often used in food applications but is also perfect for thickening procion fibre reactive dyes. When used correctly, it can turn your liquid dyes into paints, so you can brush them on and have more control of where they go! Also great for stamping and stenciling with procion dyes. The benefit of using sodium alginate to thicken your dyes rather than using fabric paint, is that they thickened dye won't leave a crunchy or stiff feeling on the fabric, as paints can.

Sodium alginate is also great used to thicken liquid dyes when you want crisper lines and more control over bleeding, like when brushing on black dye for a black-backed rainbow effect, as pictured.

When mixing, sodium alginate will start to coagulate quickly, so constant, vigorous mixing (a blender or stick blender works best) is necessary. Sprinkle the thickener into hot water slowly, while blending, until desired consistency is reached. Leave it to sit for about an hour before use, as it will continue to thicken. Once cooled, mix with liquid dyes to reach desired consistency.Refrigerate blended thickener to store. 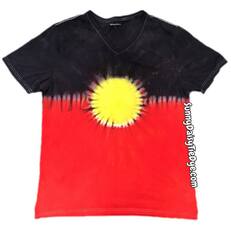 We acknowledge the Traditional Owners of the land where we work and live. We pay our respects to Elders past, present and emerging. We celebrate the stories, culture and traditions of Aboriginal and Torres Strait Islander Elders of all communities who also work and live on this land.
This website is owned and operated by Sunny Daisy Tie Dye. All of the content featured or displayed on this web site, including, but not limited to; text, graphics, photographs, images and files; is owned by Sunny Daisy Tie Dye and its content providers.